Cebu is perfect for nature lovers may that be for adventure or laid back vacation. If jam-packed adventure is what you seek then South Cebu is the perfect one for you. The to-do list is mostly water adventure that goes from scuba diving, snorkeling, chasing waterfalls, swim with sardines and whale sharks and so on.

Since we landed Cebu a little late in the evening, we decided to check out the 10,000 roses in Cordova and take 45-min uber ride from the airport. It’s definitely an IG-worthy attraction to go to with the 10,000 LED-powered roses. The flowers lit up from 6pm until 10pm. Entrance fee is 20php per person. 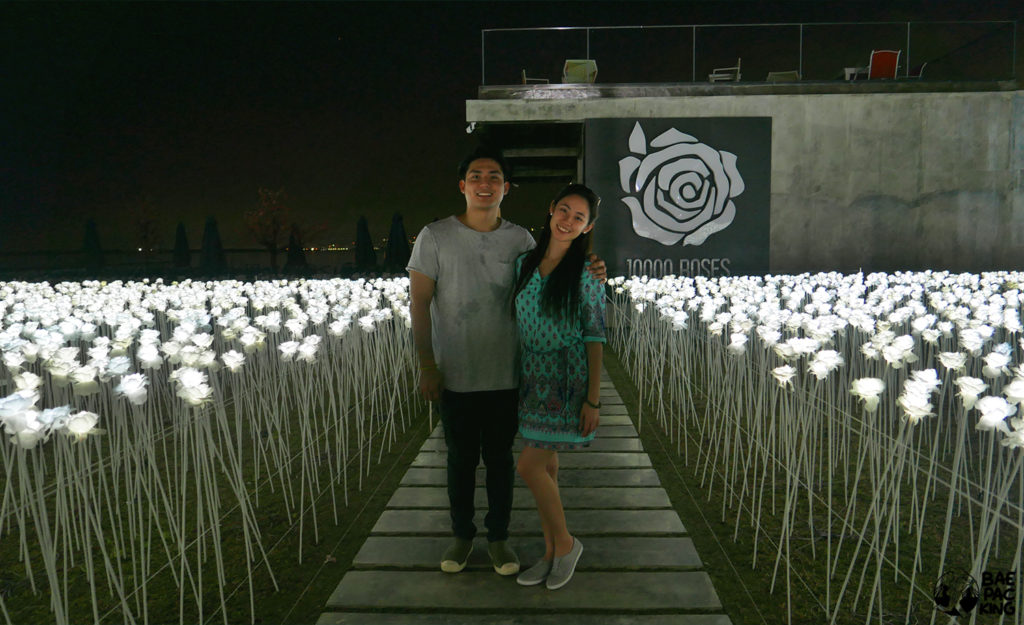 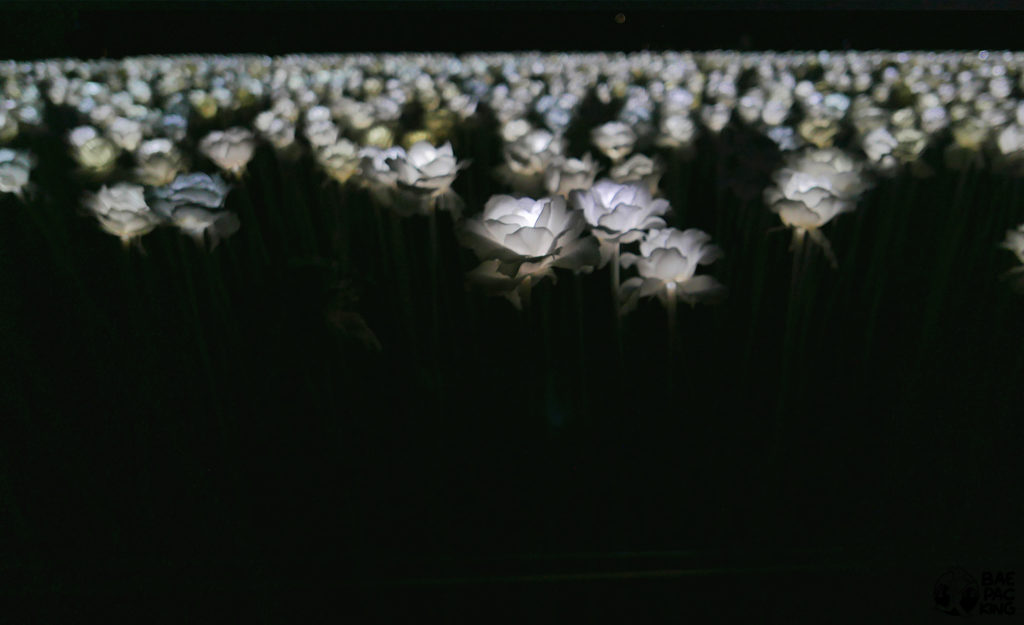 We boarded the motorized boat past 9am and tried our luck to look for dolphins. They said there’s a higher probability to see dolphins had we started earlier as 6am. Sadly, no dolphins were spotted unlike the last time, guess we started  a little too late, bummer. We then proceeded to Pescador Island for coral reef snorkeling. After an hour or so the boat headed back near the main island at Turtle Point where we were able to actually spot some turtles! Too bad they swim so fast we weren’t able to capture them on our camera.  After sometime, we transferred near Panagsama beach where we swam with gazillions of sardines. It’s amazing how you just stay in one area then after a minute, you’ll notice you are being surrounded by gazillions of sardines. Instead of feeling frightened, you’ll enjoy chasing a wall of sardines which is a really great spectacle to watch seeing how quickly they dispersed when you make small body movements. 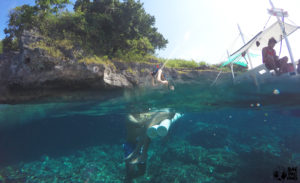 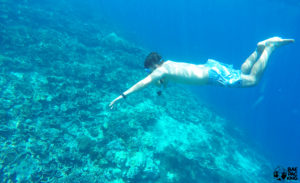 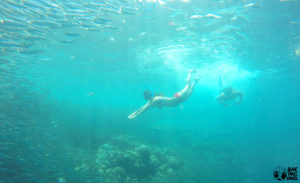 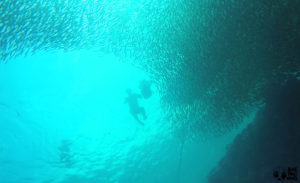 Complete action packed: jumping, sliding, trekking over and over again for more or less 4 long hours or depending on your group’s pace. At the end of the trek, you have an option to jump over the 40-ft falls. There used to be a 50-ft jump but due to multiple injuries and death (Yikes), the locals then decided to permanently close it. The 40-ft jump still looks SOOO high from above and it took me a couple of minutes to finally overcome my fear. Haha! 5 more minutes of trekking and the ever so gorgeous Kawasan Falls greets you. Rent a raft that takes you to directly to the cascading falls for 20php per person. Contact Raymund Sande, 09326079016, for the Pescador island and canyoneering adventure. 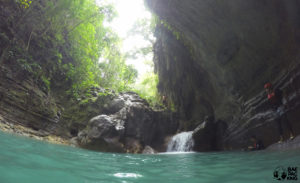 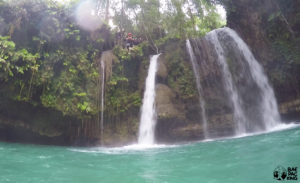 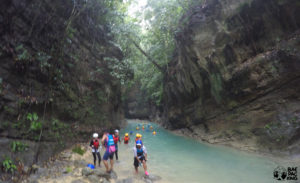 You should be there as early as 6am to avoid much crowd. There’s a 5-min video orientation with the do’s and dont’s. And you only have a 30-min chance if you just want to stay on the boat or swim with the whale shark. Note that the whale shark interaction is just until 12:30nn. We believe it’s because the whale sharks themselves need to have lunch break haha. The fee is 500php per person-that includes the fees, boat, life vest and the swim with whale sharks. You should also take note that the area smells really fishy, like literally. Guess it’s from the feeds they give to the whale sharks to keep them in the area, so better take shower after. 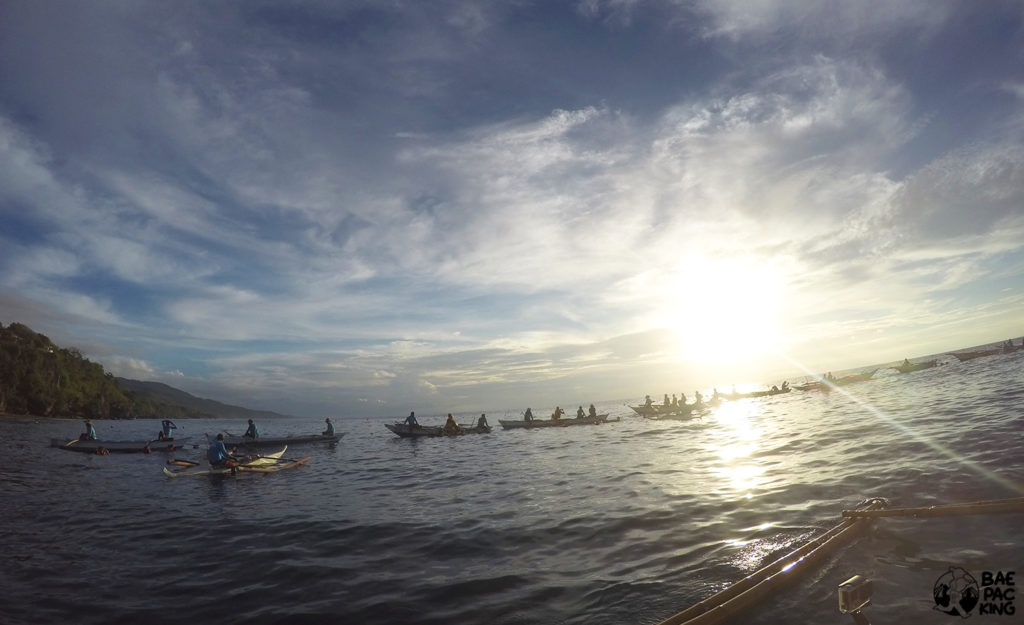 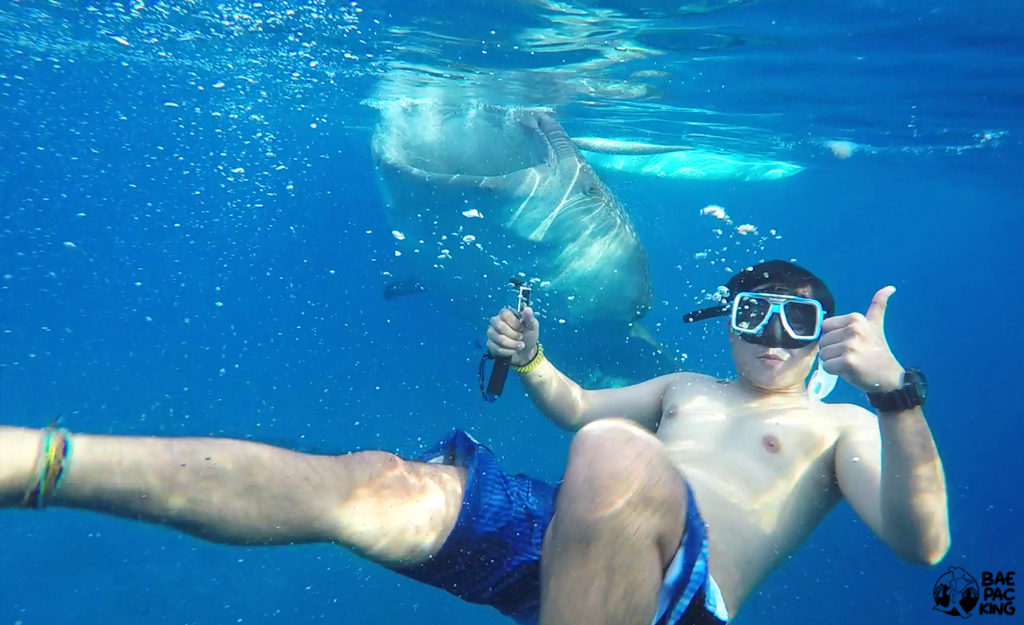 This photogenic ruins by the sea is perfect for pictorials. You can hear the waves from the sea and enjoy the breathtaking views of the horizon. 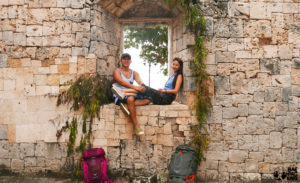 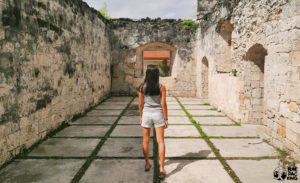 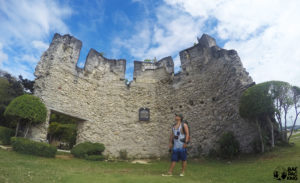 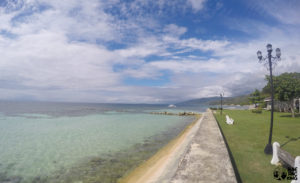 We managed to squeeze all of the above adventure in two days but it was a pretty tight schedule of activities. See sample itinerary below: